Let's see the comparison between active and passive Quadro performance in AI application,

and choose the right graphics for your workload.

<The vertical axis of each chart in this article represents the performance of deep learning operations, based on the number of pictures that can be processed per second by various models (horizontal axis).>

In the multi-GPU test, the performance of two GPUs is improved by 83% to 115% over a single GPU. As the RTX 8000 Passive has a larger GPU memory capacity, the performance improvement is pretty obvious. 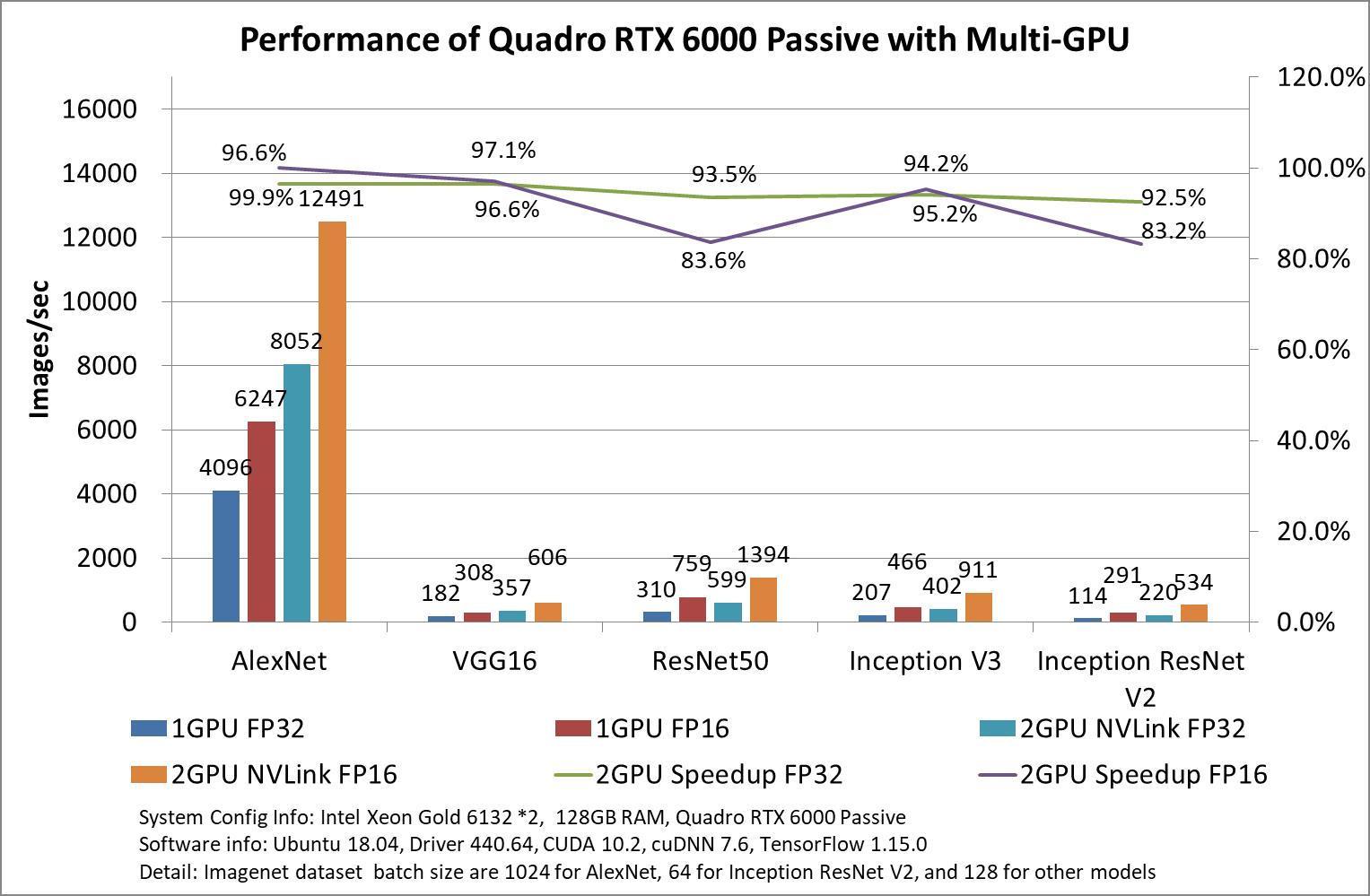 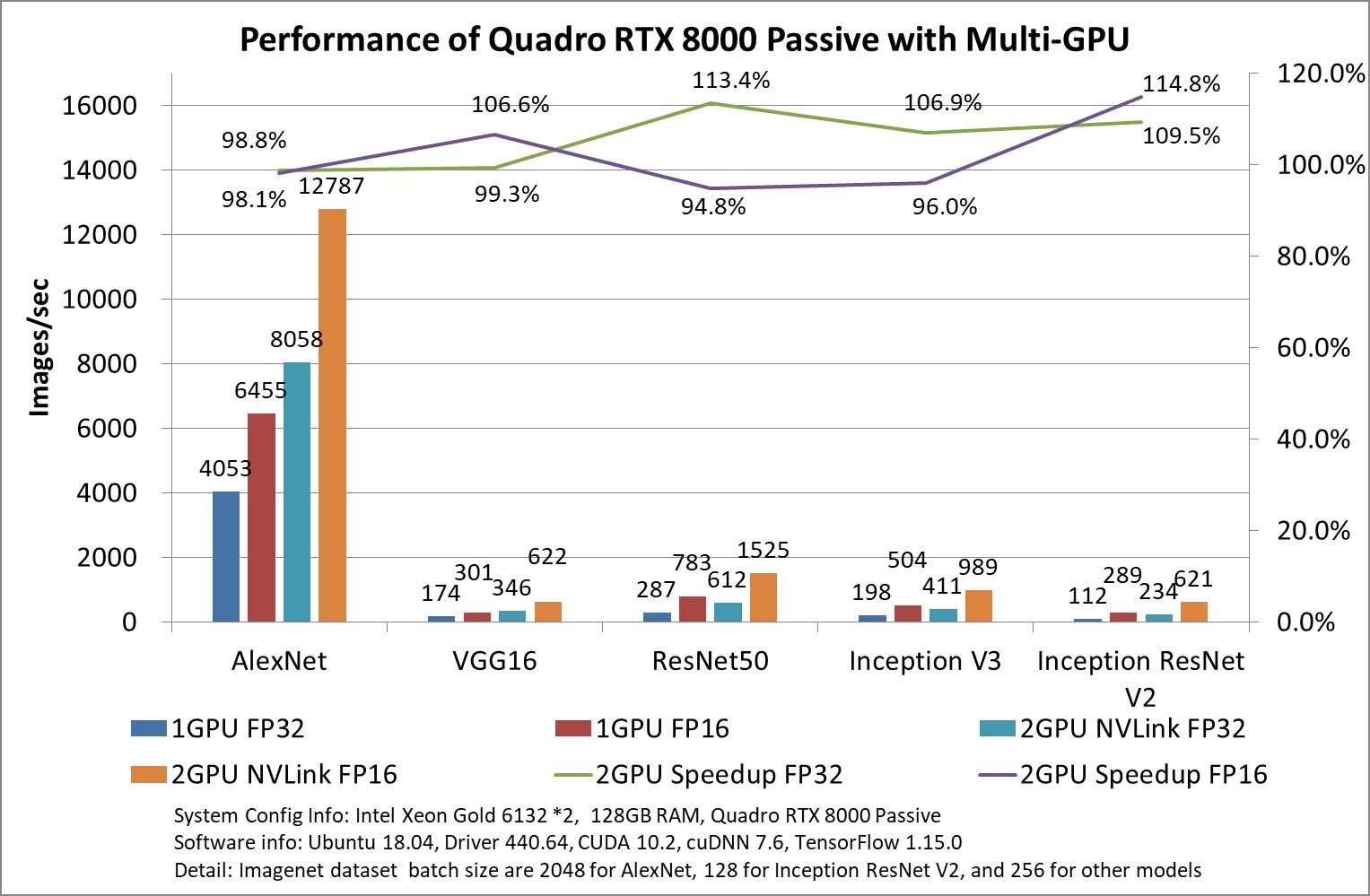 The high-end models of Quadro RTX series, RTX 6000 and RTX 8000 have launched Active and Passive versions.

The former has an active cooling fan and can be installed in the workstation; the latter does not have a cooling fan and is suitable for server installation, which can dissipate the heat outside the GPU and the system with the server fans. As can be seen from the table below, the major performance difference between the Active and Passive versions is the GPU clock. The GPU clock speed is the speed of GPU operations, and also directly affects various performance values.

The clock speed of the Passive series is about 9% to 13% lower than that of the Active. In the deep learning model training, the clock speed also directly reflects the performance results. The Active version of both models performs roughly 2% to 17% better than the Passive version. 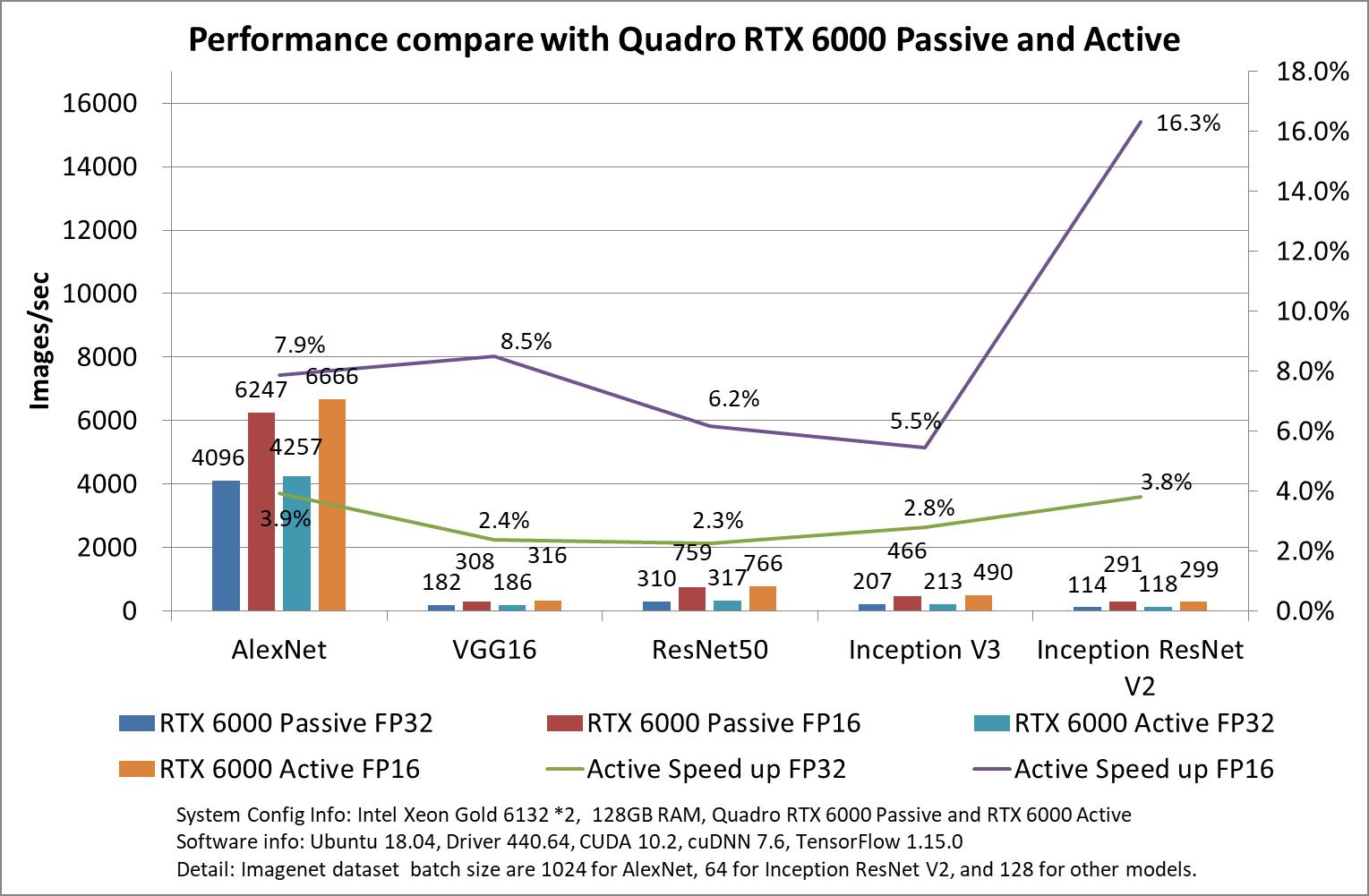 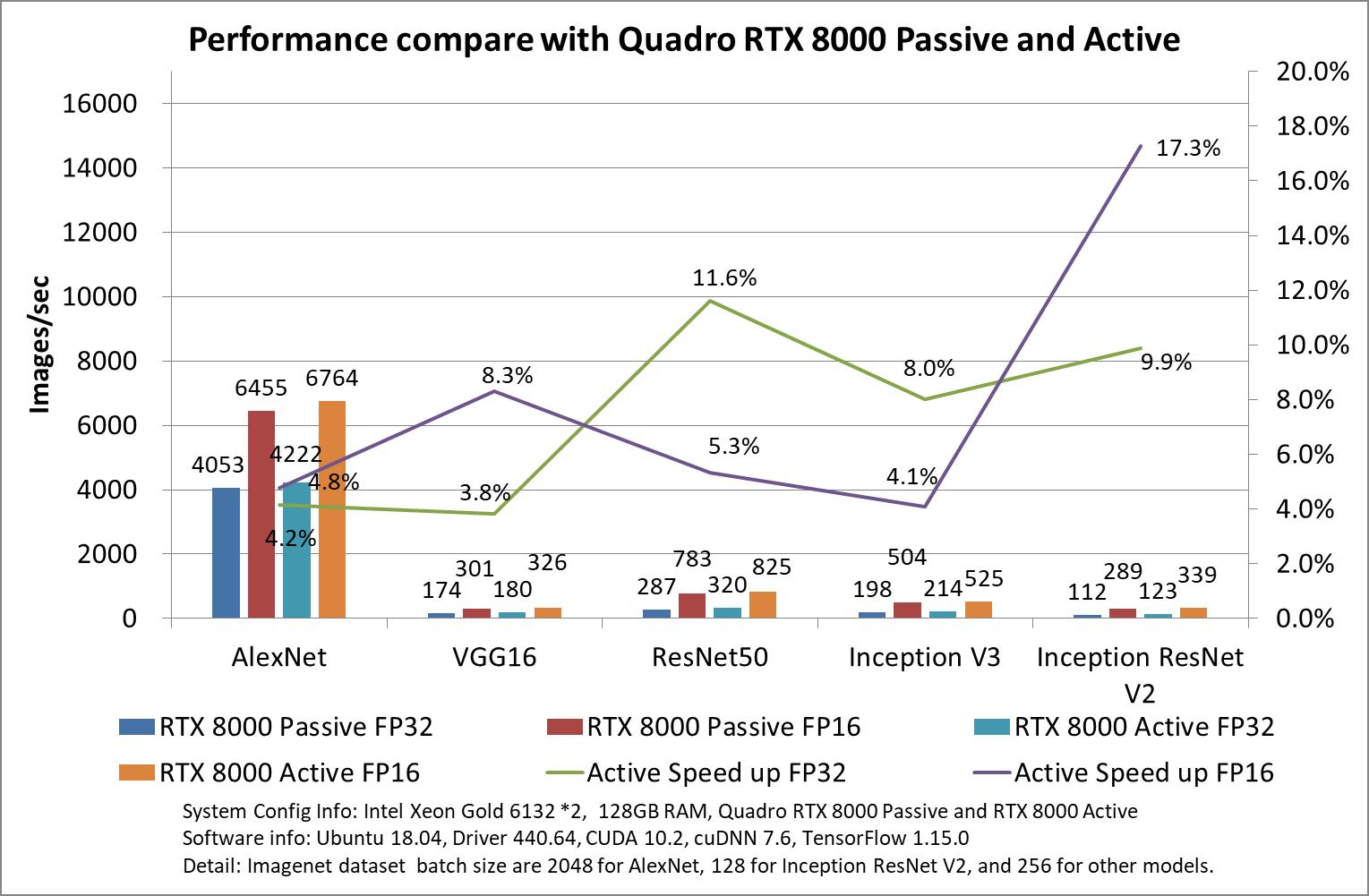 The advantage of Quadro RTX 6000 Passive is that it has lower power consumption than Active, and it also has better heat dissipation when installed in the server.

Therefore, the Active version installed in the server may cause the system to downclock the GPU due to the poor heat dissipation.