Review！RTX A6000 Can Do More Than You Imagine！

Unlock the next generation scientific breakthroughs.

Let's see what RTX A6000 can bring to you in AI applications.

The following is a performance evaluation description for each test item. Each value is the average result of at least 100 iterations when the system is not performing other tasks. However, owing to the deep learning model architecture and current system operating conditions, there are still some errors in the presented data. Therefore, the data in this report is only provided as a reference basis for the relative performance comparison of various GPUs. The vertical axis of each graph in the article represents the performance of deep learning operations, and the comparison is based on the number of images that can be processed per second by various models (horizontal axis) (or the number of tokens that can be processed per second in the translation model). 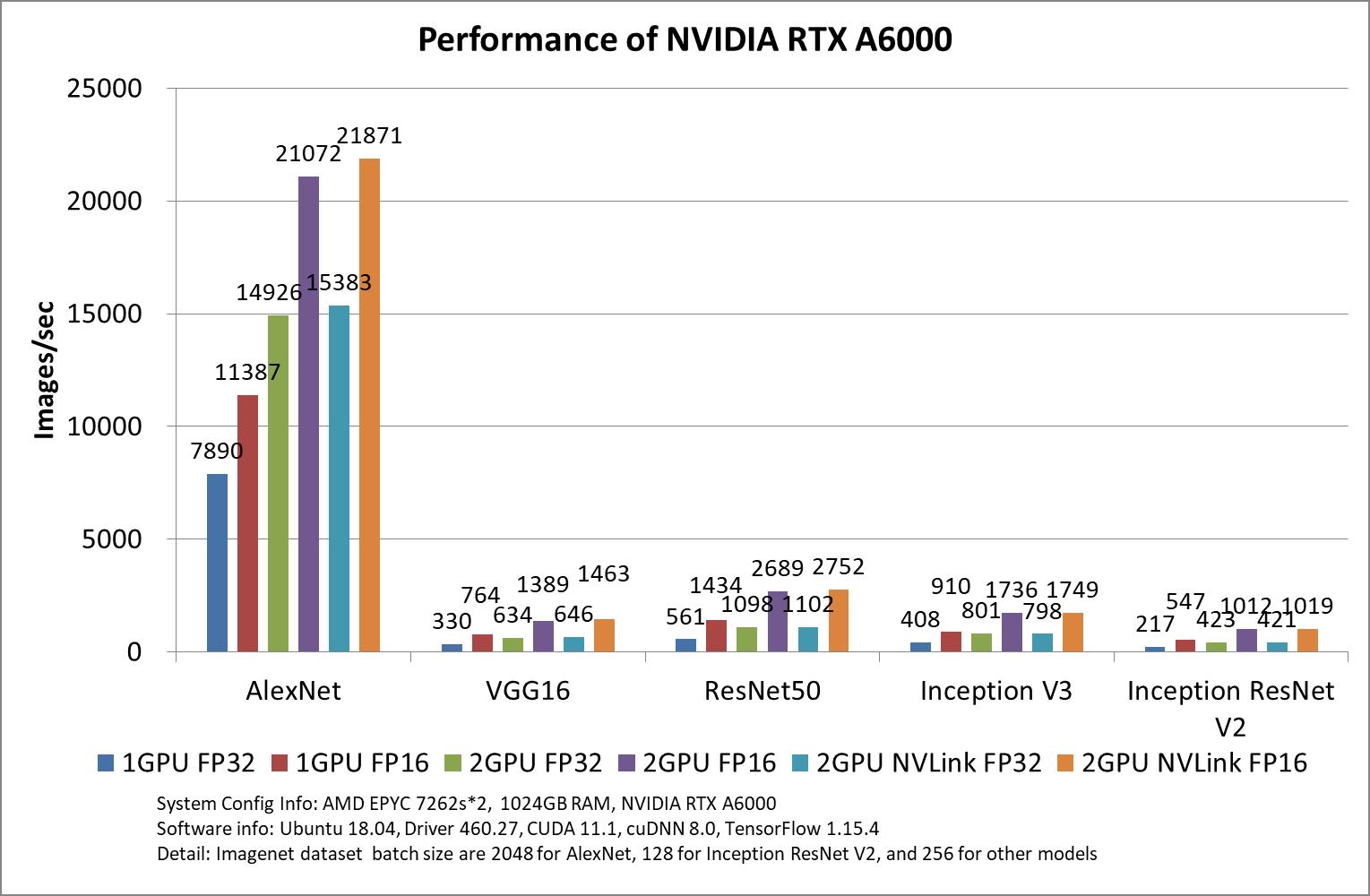 If Figure 1 is subdivided into "Single GPU vs. Multi-GPU Comparison" or "Multi-GPU Performance Improvement Comparison with NVLink", see Figure 2 for the former and Figure 3 for the latter. 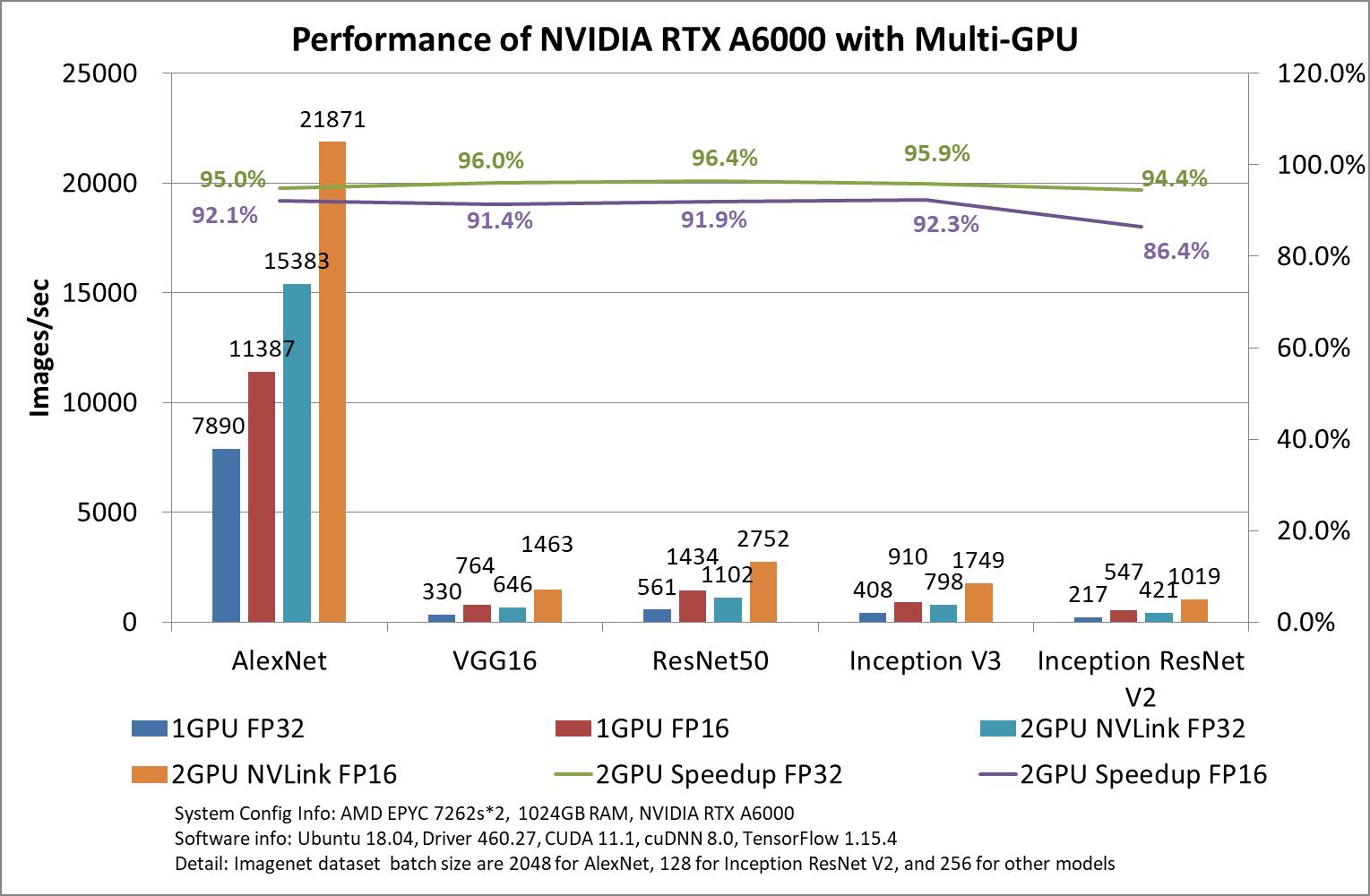 As to the NVLink influence, the performance of the NVIDIA RTX A6000 has increased by about 1% to 5% after the NVLink bridge is installed. The overall performance improvement is not obvious. 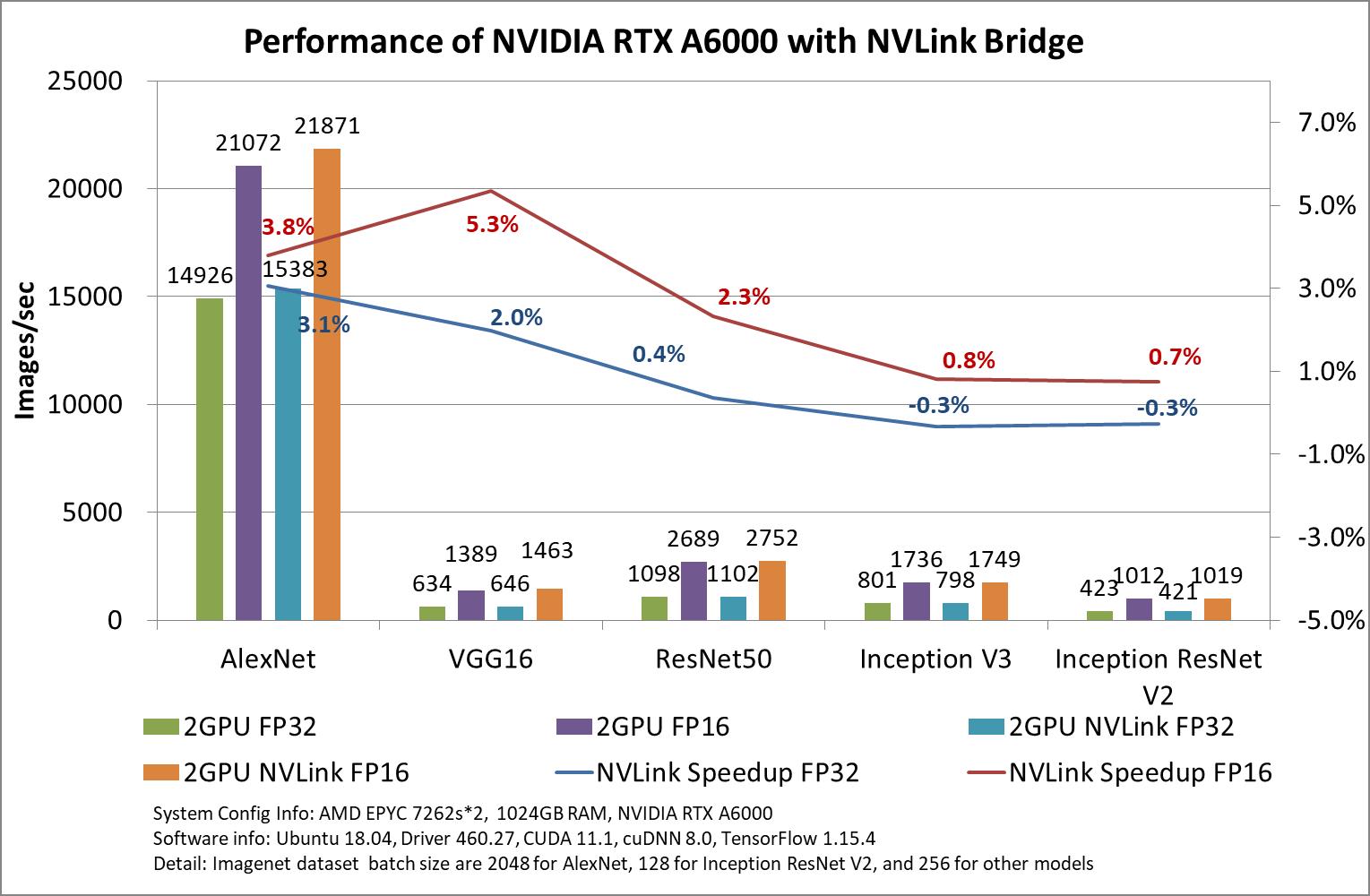 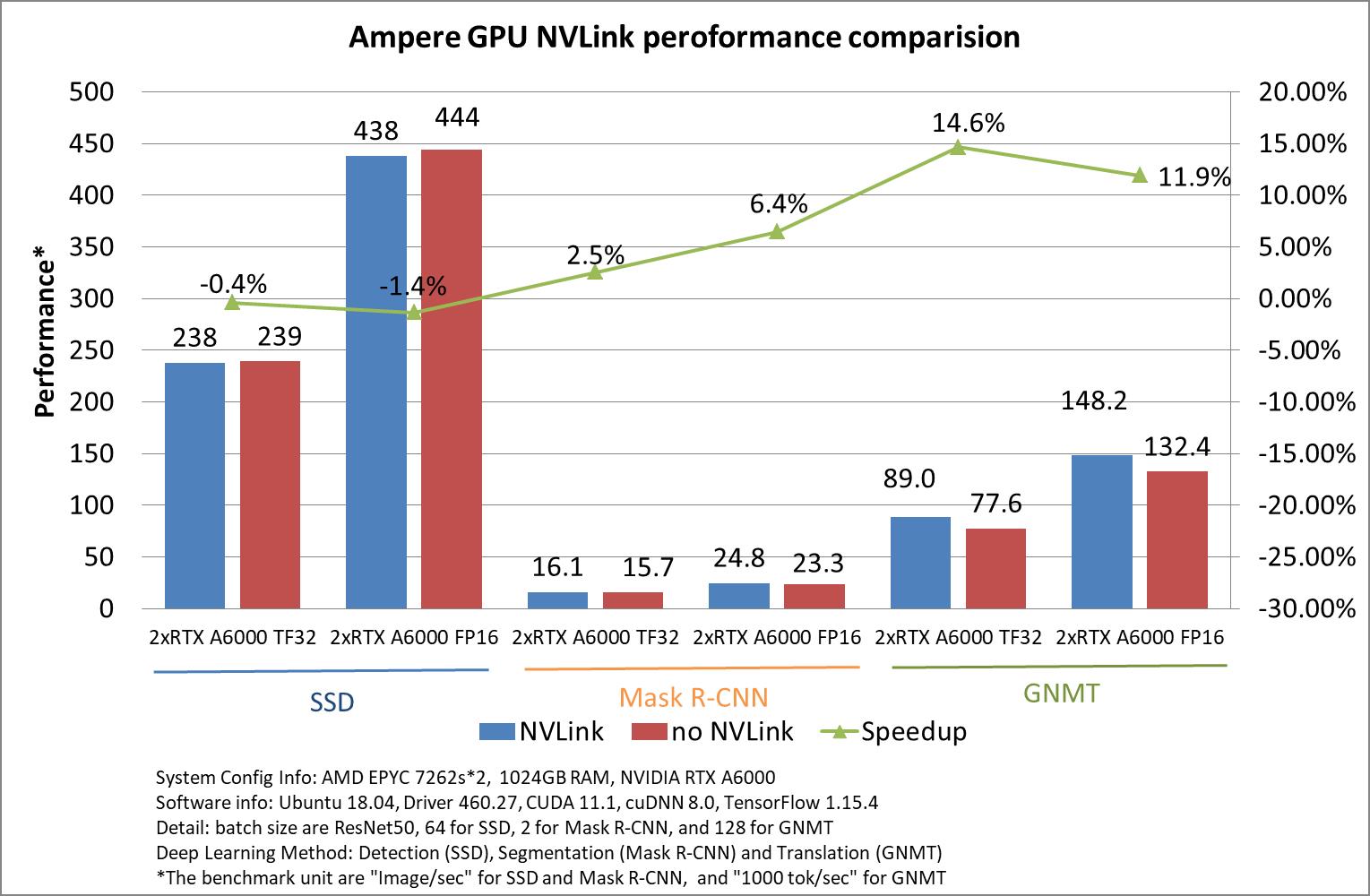 The Turing architecture adro RTX 6000 has 24GB GDDR RAM, while the Ampere architecture NVIDIA RTX A6000 has 48GB GDDR RAM (refer to Table 3). If two RTX 6000 are used for distributed deep learning model training, how do they fare against the RTX A6000? Figure 5 shows the image classification (VGG16 and ResNet50), object detection (SSD), image segmentation (Mask R-CNN), and translation (GNMT) models. See Table 4, except for the translation model in which the performance of a single NVIDIA RTX A6000 is 6% to 57% higher than that of two Quadro RTX 6000s, in all the other image recognition models the performance   of two Quadro RTX 6000s is about 10% to 20% higher. 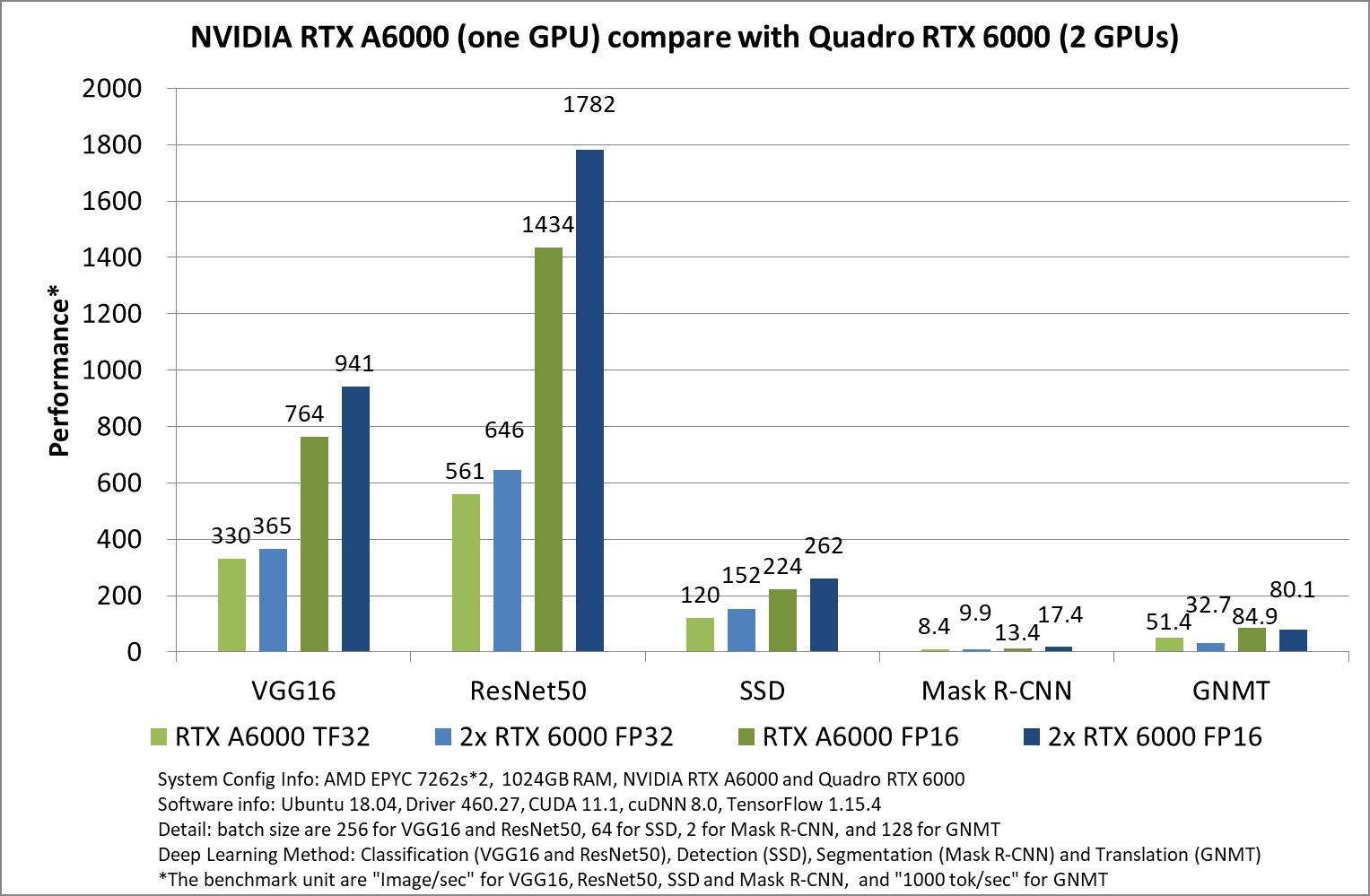 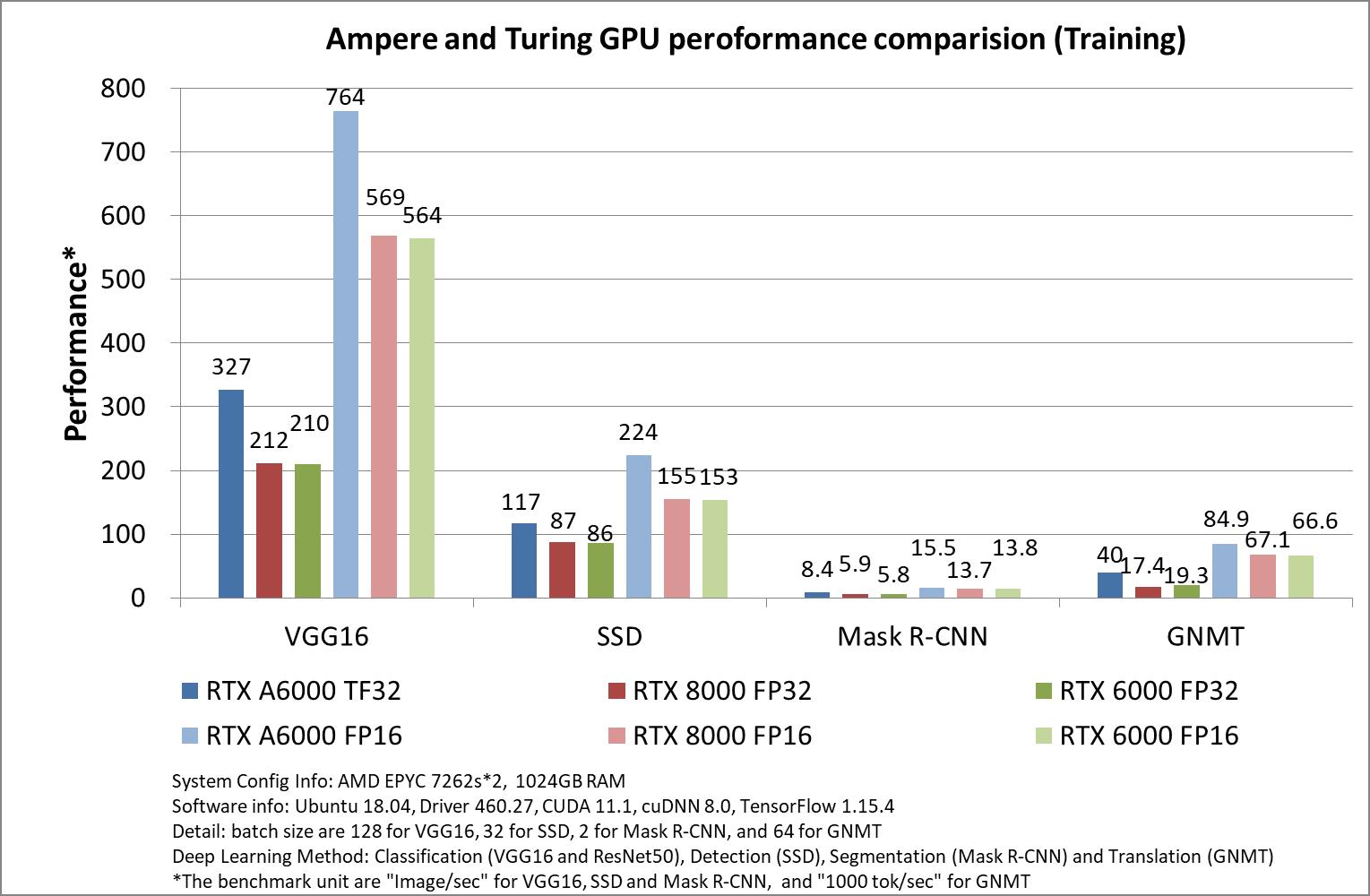 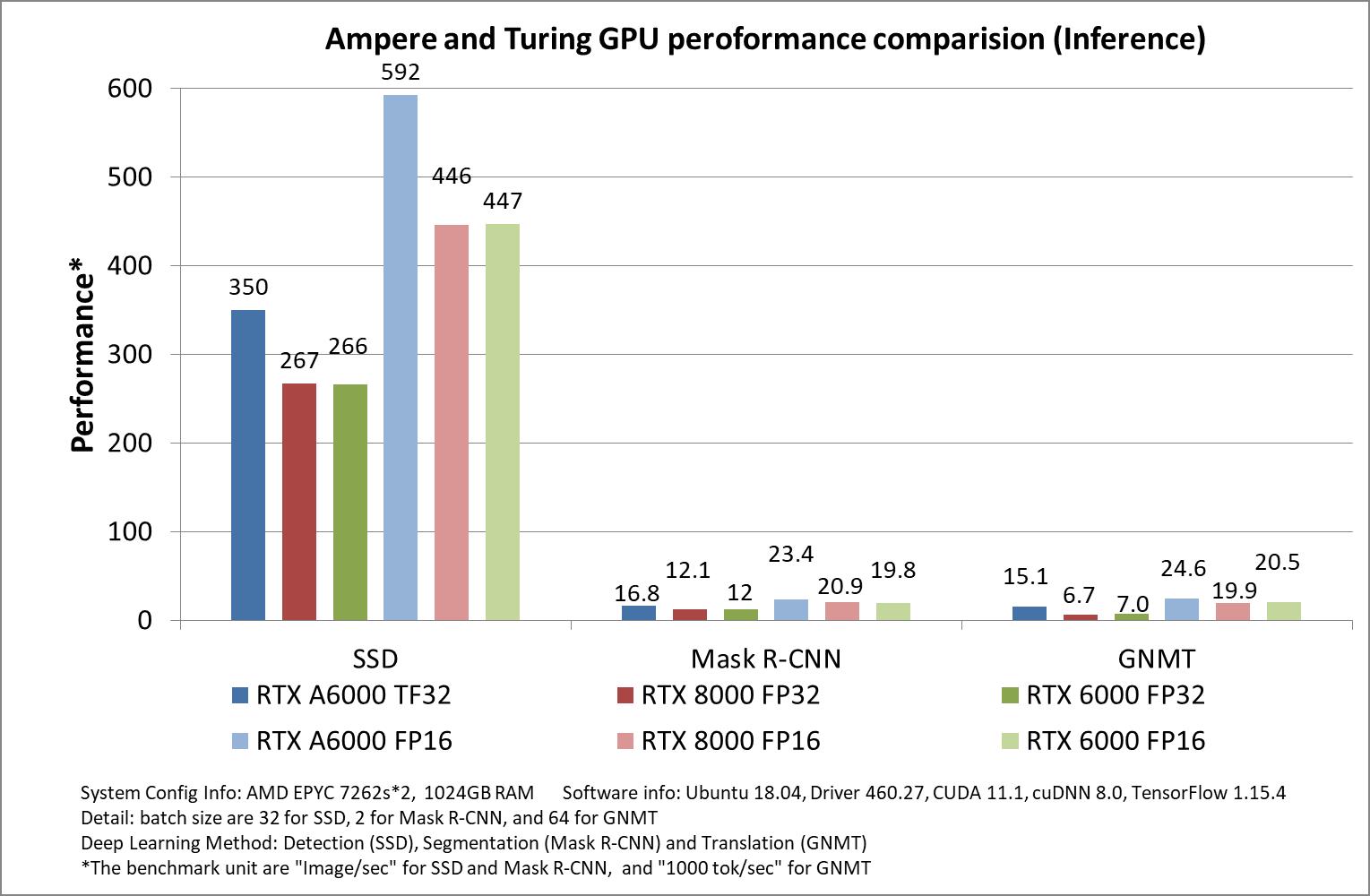