*The content and data is provided by NVIDIA 李浩南 and 宋毅明

At GTC 2021, NVIDIA announced the NVIDIA Omniverse™ Enterprise, an open platform for enterprise users’ needs, virtual collaboration, and real-time simulation in accordance with real physics, bringing a new generation of visual computing. Whether in the field of AI, visualization, interactive simulation, or remote collaboration, Omniverse will provide creators and developers with a smoother and timely collaboration environment.

So, to be more specific, how can we comprehend Omniverse easily? Who is it suitable for? How does it distinguish from and collaborate with other software? What is the difference between the open beta version and the enterprise version?

Q: What is Omniverse?

In a simple definition, Omniverse is a high-fidelity visualization platform tool. 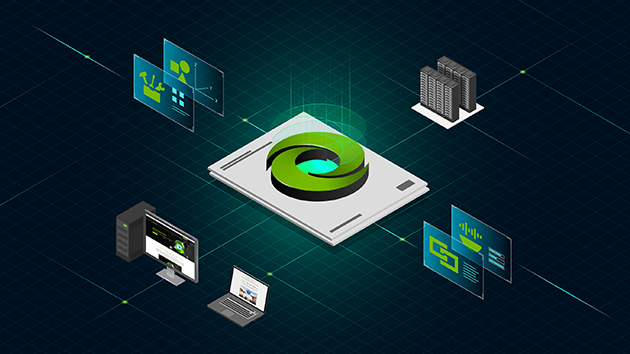 Q: Who are the target users of Omniverse?

At present, it aims at media entertainment and architectural design, as well as manufacturing and smart factories.

Q: What is the cost of learning Omniverse?

Omniverse is completely developed based on USD+MDL, and users are required to learn to use USD:

Q: With Omniverse, is there any need for other DCC software? Can we use Omniverse to develop models, textures, and skeletal animations?

Omniverse is a lightweight platform that is used for visual rendering simulation, not to replace these software.

When we create materials, models, and architecture, we still use the software commonly used by traditional designers, connect to the Omniverse platform through USD, and use technology to do multi-GPU rendering and streaming. 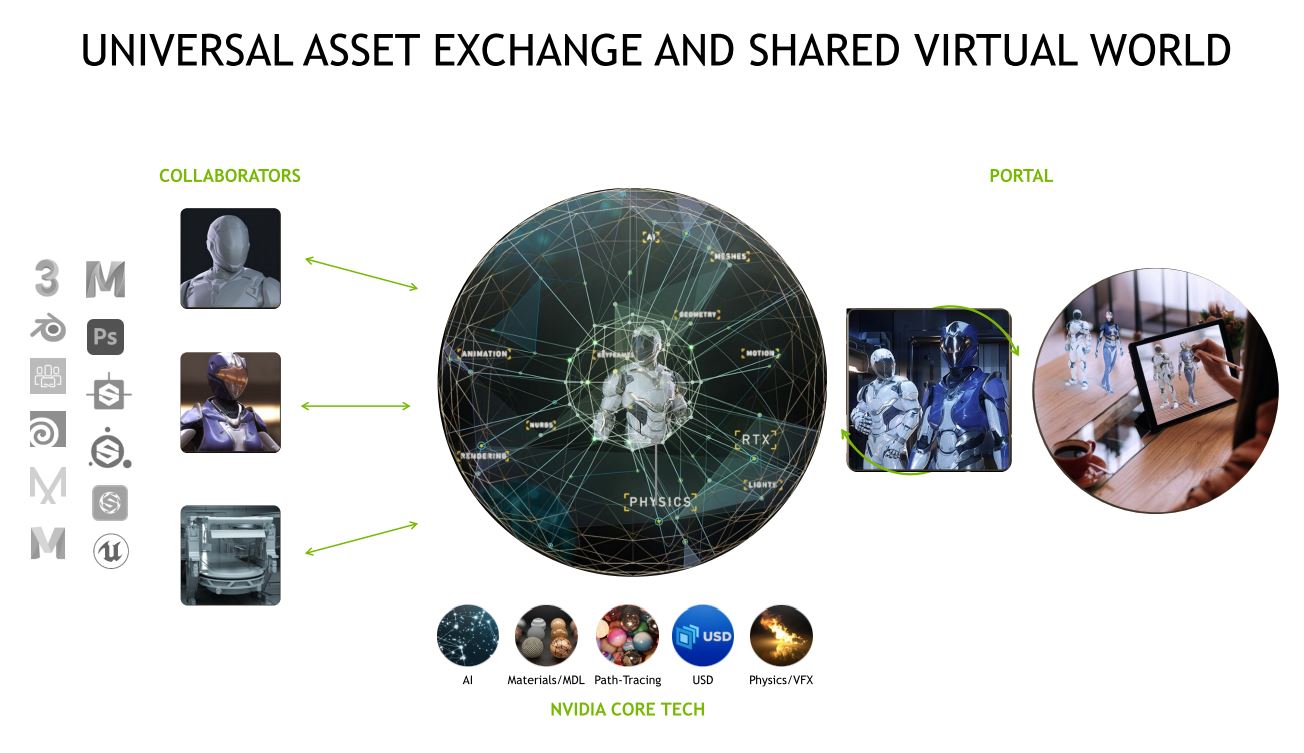 Q: How to understand Omniverse, a high-fidelity visualization platform tool?

First, the positioning of Omniverse is a platform. Since it is a platform, it is interconnective, which is what everyone calls a collaboration platform. Based on Pixar USD technology, it connects DCC software such as Maya and Houdini.

In the traditional process, assets are imported from one DCC tool/software to another DCC tool/software, and various corresponding format conversions are required to output. The commonly used fbx and abc formats only facilitate the output of a single asset. However, USD contains all assets and hierarchical information in the entire scene.

That is why we often compare USD to HTML. No matter which browser (DCC software) is used to open it, the content should be the same. So, this is how Omniverse works.

Secondly, on this basis, we combine NVIDIA's own technology to provide users with more different solutions for various problems, such as the apps you see in the Omniverse Launcher like Audio2Face, Create, Marbles, etc.

So Omniverse Launcher is also called Apple Store for 3D Solution by us. Also, Omniverse Kit APIs are all based on USD and support C++ and Python. Users can make their own apps through the Omniverse Kit API we provide, not only focus on some of the solutions or functions we have already demonstrated. Therefore, Omniverse is an open development platform, as we have always emphasized since it launched. 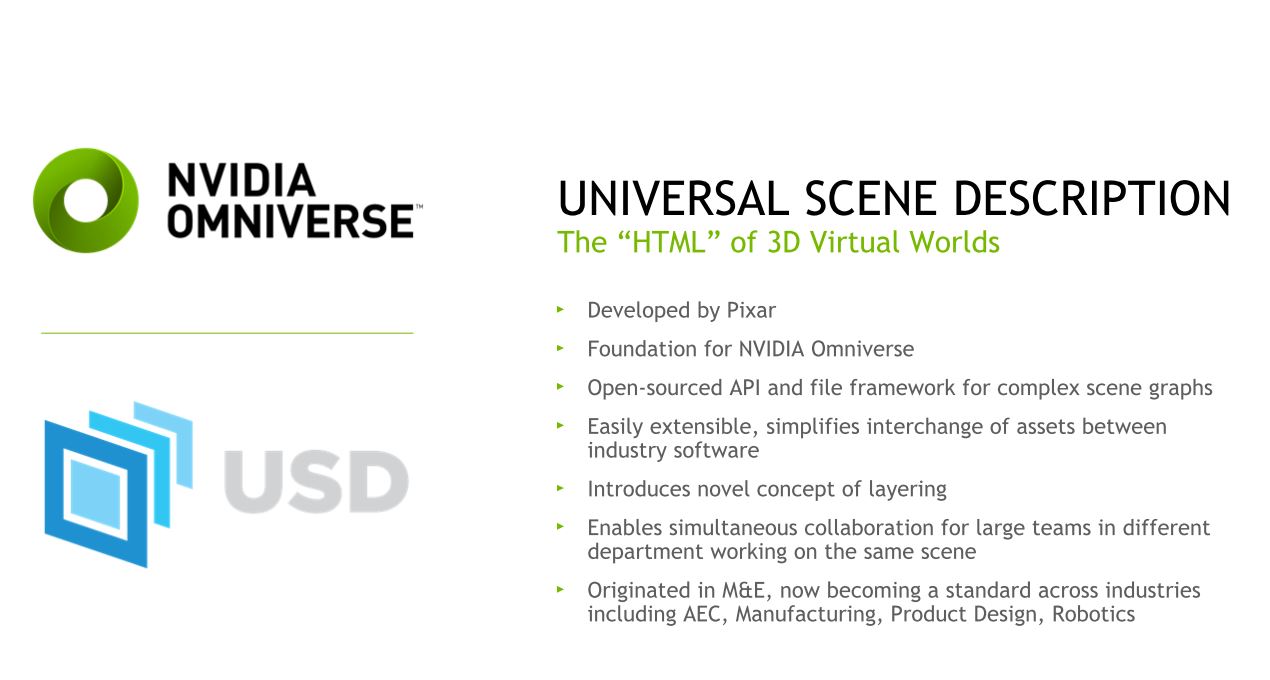 The Omniverse intends to serve more fields, including games, VR/AR, digital twins, autonomous driving, robot training, etc., and all industries that have a demand for graphics visualization. At the same time, the dev situation of each part of Omniverse is based on the market reaction, and our engineering resource also focuses on this.

Omniverse puts more emphasis on collaboration. Omniverse is not going to compete with blender or UE in the content creation market. If you want to use blender and UE to do it, it is perfectly fine, but without the assistance of Omniverse, the time and cost of production construction also have to be taken into consideration. Omniverse provides users with another way of thinking, such as the Holodeck VR roaming we have demonstrated on GTC before.

Our goal is to make your creative process more convenient and simple. Whether it is our RTX technology or other DL-based optimization technologies, we have to break some traditional processes and make some content that only other large companies can complete before more accessible.

Audio2Face is a good example. In the traditional film production process, creating a realistic character expression system and producing photorealistic facial animation requires several top facial modelers, riggers and animators, and it takes several months to complete the task. Now, it can be done in a few minutes in Audio2Face, so Omniverse is not intended to replace all the functions of other DCC software. We have been working closely with Autodesk and Epic, and they have no conflict with Omniverse.

UE's original intention is still a game engine. It was not created for virtual production.

We believe that traditional DCC software has historical burdens. NVIDIA's own positioning has always been clear. Omniverse is more inclusive and expandable. Although it is still a beta version, AI-based apps such as Omniverse Isaac Sim and Omniverse Kaolin have been created, which are not available in other DCC software.

In DL deep learning and OpenCV visualization, usually point cloud is used or programmers have to write OpenGL code by themselves, but the visual effects are often lackluster, and it is difficult to adjust the lighting effects. However, Omniverse Kaolin can be used to achieve satisfactory visual effects conveniently.

Q: Audio2Face is designed to handle any language easily, and NVIDIA is constantly updating more and more languages. So far, English, French, Italian, and Russian have been tested. How is Audio2Face's support for Chinese?

Audio2Face drives facial and oral movements based on audio sound waves, so there is essentially no limitation for languages. But because the training materials are all based on English, other non-Latin languages, such as Chinese, Japanese, and Korean, will not be very effective in facial driving. Facial muscle movement does not match the pronunciation characteristics of these languages. This part of the improvement is in NVIDIA's future planning.

Q: What is Omniverse Enterprise? 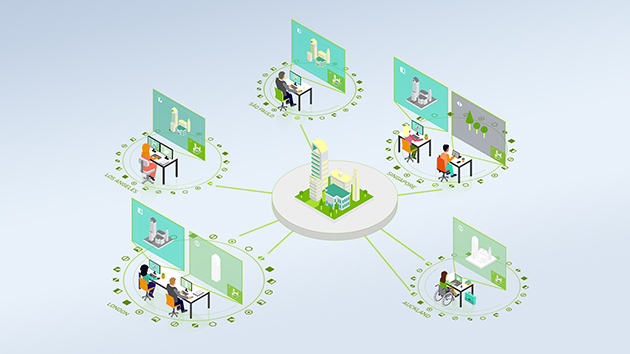 Q: What is the difference between Omniverse Open Beta and Omniverse Enterprise?

Omniverse Open Beta is a beta version for individuals and community members to use for testing. Support is available through public forums and a series of online tutorials; 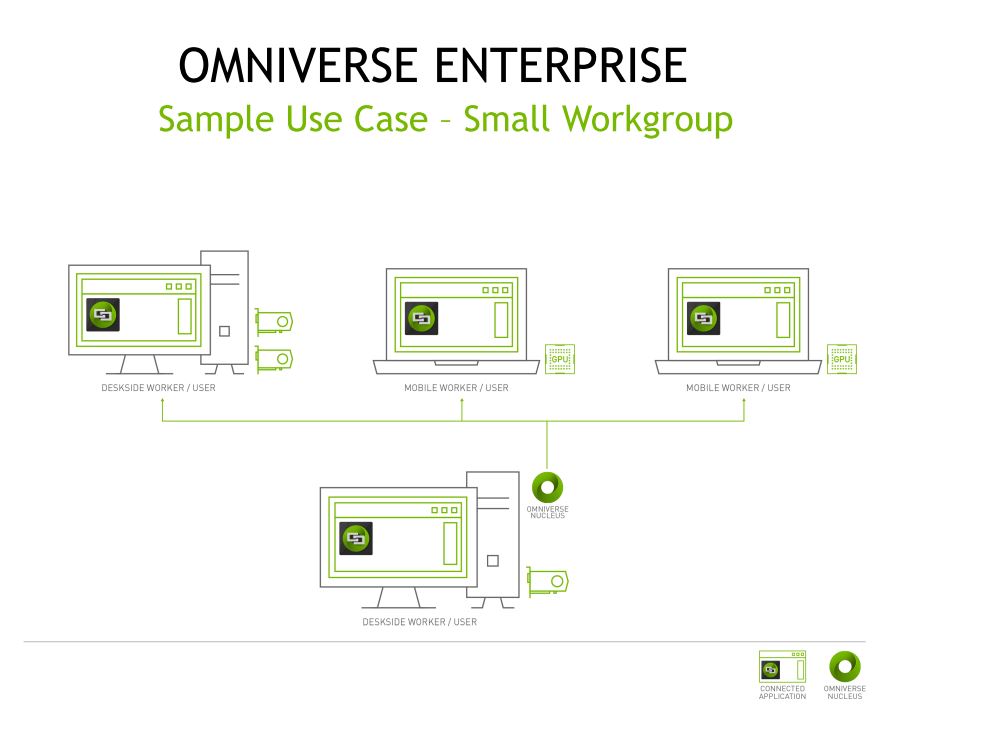 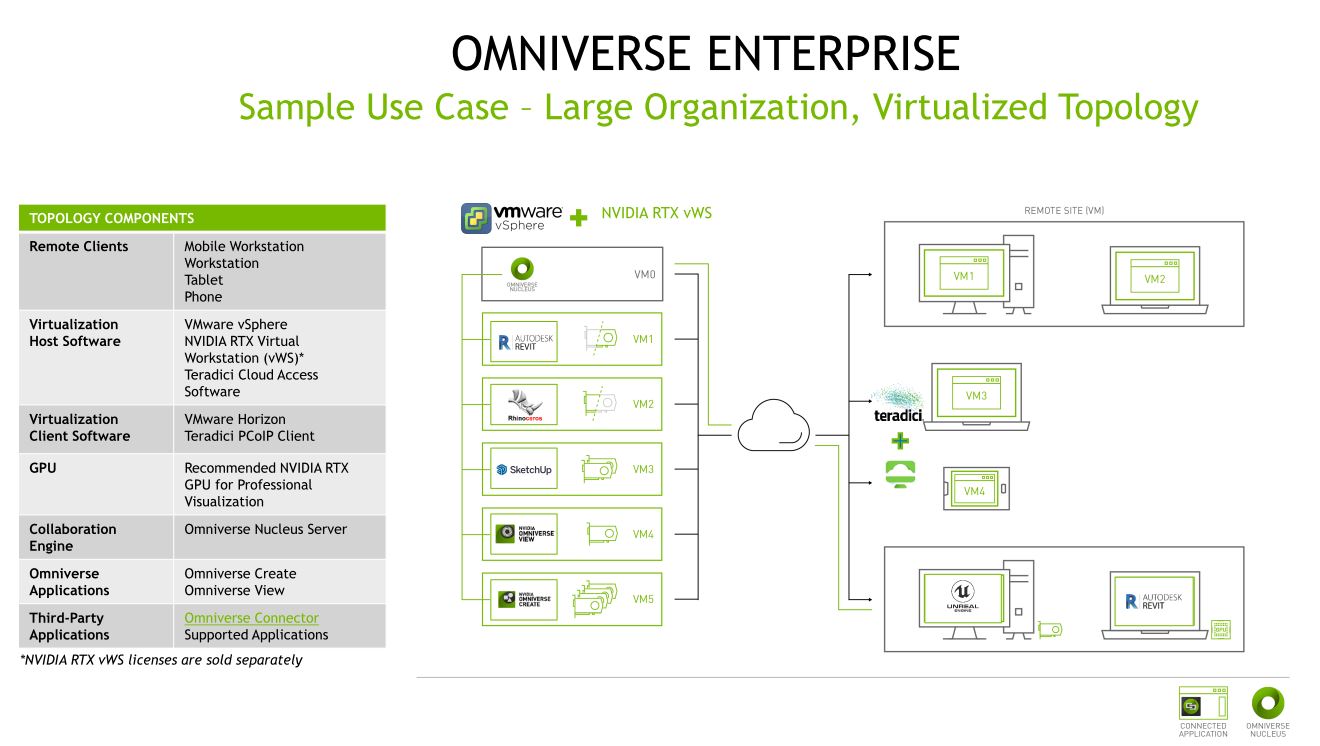 Q: What is the actual difference between Omniverse Individual and Omniverse Enterprise?

There are two versions of Omniverse for users to choose:

The free single-user version of Omniverse, for Omniverse enthusiasts to use client applications that support Omniverse to create 3D assets and scenes on their workstations or laptops. But it does not include multi-user collaboration, realistic simulation, microservices or technical support. 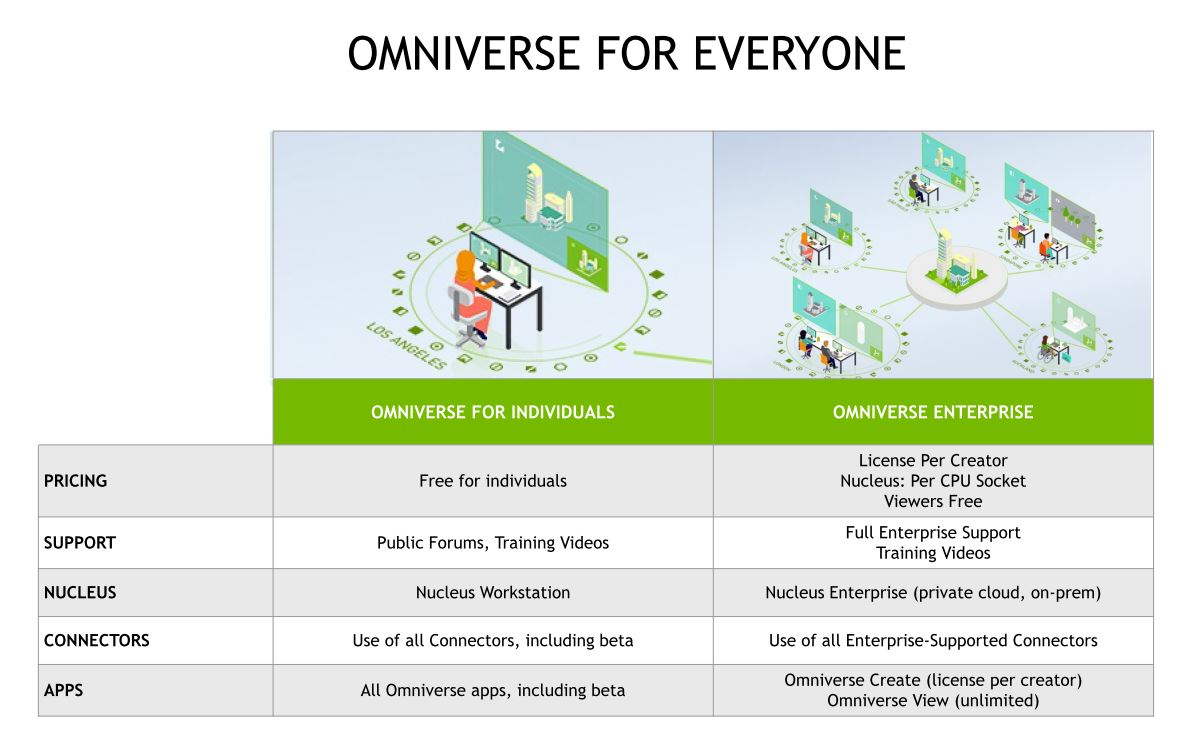